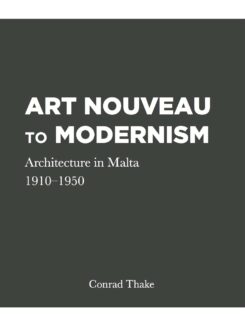 Architecture in Malta during the first half of the twentieth century has to date been a neglected area of academic research. Although there have been succinct contributions profiling some of the more prominent architects, Maltese architecture of this period has never been analyzed within the prevailing political and socio-economic context. This publication seeks to address this lacuna in local architectural history. The period under study is a tumultuous one, encompassing the First World War (1914–18), the Sette Giugno (1919), the Self-Government Constitution (1921), the suspension of that same Constitution (1930), the Language Question (mid-1930s), the Second World War (1939–45), and the Post-War Reconstruction (1943–50). It was a period of major challenges with Malta under British colonial rule, characterized by an unstable economy, distinct social classes, and political aspirations for greater
autonomy and self-governance.