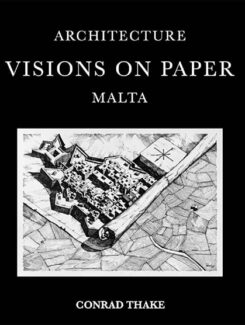 “This book is an image-based architectural narrative that collates projects, ideas, visions, responses to specific tasks, and which at the same time, opens the gaze to an alternative architectural paradigm. The corpus of selected drawings offers parallel visions of both a real and an imagined Malta. At the same time, the ‘visions on paper’ are also the mirror of those who produced them, of the many architects and designers, who have left their mark over the centuries, slowly defining the island as an incomparable European microcosm.”

Being sold at pre-publication prices.