Xlendi And Its Ancient Shipwrecks. 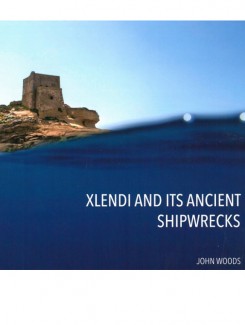 Xlendi And Its Ancient Shipwrecks.

Two major mysteries lurk behind the history of the picturesque village of Xlendi in Gozo. Just outside the mouth of its bay two treacherous reefs have been the cause of multiple shipwrecks, at least since Punic and Roman times. In 1961 a British services underwater team along with students from Imperial College London discovered, explored and recorded the first cluster of ancient shipwrecks.

The major earthquake that devastated the east coast of Sicily in 1693 and the monstrous tsunami that followed hit Xlendi with thunderous force, radically redesigning the geography of that area.

This book reveals the mostly unknown stories of those exciting marine discoveries and of that prodigious tsunami.

Be the first to review “Xlendi And Its Ancient Shipwrecks.” Cancel reply