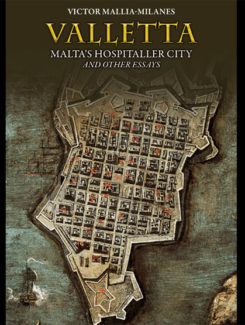 Hospitaller Valletta was the Order’s capital and conventual headquarters on Malta between 1570 and 1798. It was a politically powerful city, with wide diplomatic representations in all the major Courts of Christian Europe, a vigorous consulate in nearly every single port in the Mediterranean, and, through the Order’s vast and extensive landed estates, close ties with all strata of society. This book is a collection of seven essays on aspects of Hospitaller Valletta.