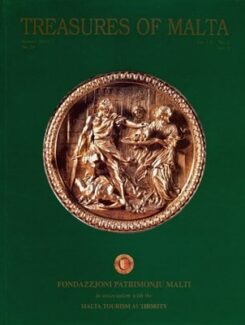 Mementos of the past: Occupations which are no more
Giovanni Bonello recalls with nostalgia various activities that are now a thing of the past

The Chalice of Grand Master L’Isle Adam in Rabat
Paul Hetherington looks at a beautiful 16th Century chalice made in Paris, now in St Paul’s Grotto in Rabat