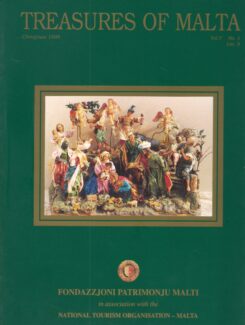 Preti’s Paintings for the Parish Church in Zurrieq

Dominic Cutajar continues his research into the Schranz family

A French Hospital in Valletta

Furniture Made to Order

Maps of Malta by Ortelius

A ‘St Peter’ by Stefano Erardi