The Last Of The Crusaders. 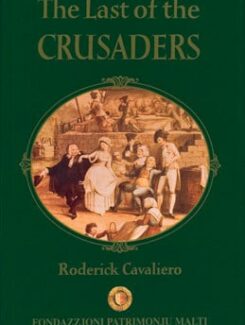 The Last Of The Crusaders.

The Last Of The Crusaders

This book tells the story of the decline of the Knights Hospitaller of the Order of St John during the last hundred years of their occupation of Malta. Unable to adapt to a Europe that had moved away from the Middle Ages, and whose nations now sought the aid of their alliances rather than the protection of the Knights, the power and importance of the Order inevitably declined. Cavaliero brilliantly describes what took place in Malta under the various Grand Masters of the period, as well as the lives of the Maltese people. The book is detailed, descriptive, amusing and informative, and is a result of intense research and study.
Roderick Cavaliero started his career in Malta after reading History at Oxford by teaching at St Edward’s college. In 1958 he joined the British Council and served in India, Rio de Janeiro, London and Italy, which also provided him with material for a number of publications. The Last of the Crusaders was first published in 1960.

Be the first to review “The Last Of The Crusaders.” Cancel reply