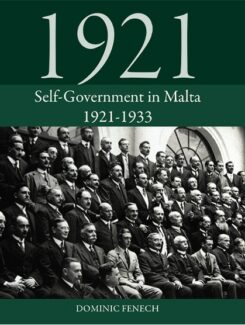 “This accessible book by one of our leading historians focuses on the seminal years of responsible government, and on the events, protagonists and social currents that defined them. While endemic in some respects, they were never too far removed from the broader dynamics that underwrote the interwar period in Europe and beyond. Dominic Fenech makes the compelling argument that this self-government experience contributed in no small way to the formation of a pluralistic political culture and a matching set of robust political movements. When independence came in 1964, the country found it could draw on a genealogy of democracy.”  – Mark Anthony Falzon