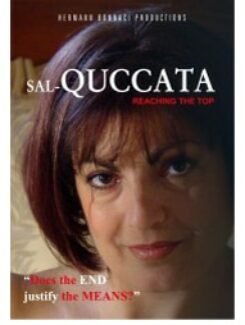 Janice Formosa always had only one aim in mind, that of becoming popular. After a series of attempts in which she was used and abused, she decided to take charge of her own destiny. She befriends Mariella, a successful television presenter and partner of Norbert, a television producer and proprietor of APEX Television Station.
Janice wins Mariella’s trust so much that the latter becomes her programme script writer. They become best friends with little Mariella noticing Janice’s real targets.
Janice seduces Norbert into spending a night together in a hotel. They sleep together, but during the night, she murders him. She leaves the hotel in the same way she had entered; with a wig and wearing an identity too close to Mariella’s.
At the television station, seconds away from the start of an episode, the police officers arrive. At the news of her partner’s murder and at the awareness that she is the main suspect, Mariella could not speak and becomes impossible for her to present the programme. Janice has to present herself “to save the situation”. She continues to present for quite a long time and becomes popular.
Her ambition makes her aim even higher, to reach the very top….

Be the first to review “Sal-Quccata (DVD)” Cancel reply