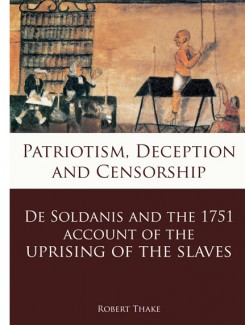 The notorious publication, Mustafà Bassà di Rodi schiavo in Malta, was composed in the months following the bloody massacre of the slaves in July 1749, and has been shrouded in mystery and immersed in controversy ever since it saw the light in Naples, in 1751.   The book was printed under the name ‘Michele Acciard’ but has been widely attributed to the Gozitan priest, Agius de Soldanis, on the strength of various contemporary documents suggesting his authorship. Be that as it may, recently unearthed documents conclusively determine that despite being overshadowed by the Gozitan canon, Michele Acciard did play a prominent part in the composition of Mustafà Bassà di Rodi schiavo in Malta.

When the book was first conceived, de Soldanis intended his publication to recount the failed uprising of the slaves. However, following the alleged manipulation of his manuscript at the hands of Michele Acciard in Naples, the book was printed not as a mere history book, but rather as a work of significant political importance, due to the numerous subversive statements which had been added. As a result, the book was mercilessly scoured from the Maltese islands and beyond by the Grand Master, causing the mysterious book to almost disappear entirely.
By: Robert Thake.
No of pages: 192

Be the first to review “Patriotism, Deception and Censorship.” Cancel reply