Of Craft & Honour And A Templar’s Chronicles 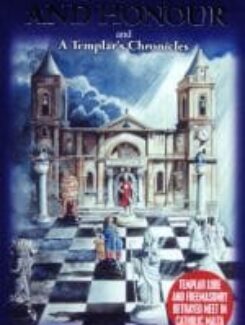 Of Craft & Honour And A Templar’s Chronicles

At temple mount in Jerusalem, destiny completes its circle for Frederick Tonna Black, a young Maltese lawyer working as a volunteer with Souffrance International. There, a holy site for Christians, Jew and Muslim, he pours out his book, meant to release his angst; a story of love, family ties, treachery, lust, murder and heroism… The same qualities are mirrored in the 14th century saga as revealed in A Templar’s Chronicles.

George Gregory Buttigieg rounds off the whole portrait with a final message challenging modern Gnosticism as based on Templarism. Creating the concept of Speculative Neo Templarism, he launches a new hypothesis os signal philosophical and religious implication in the twenty-first century. A book of tremendous interest to all fascinated by the threat to Christianity coming from The Order of th Poor Knights of Christ and The Temple of Solomon, popularly known as the Templars.