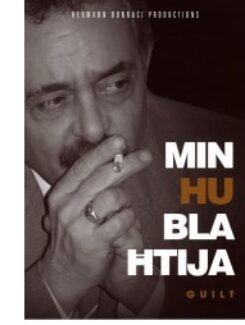 Lawyer Victor Borg has been contesting election after another despite the fact that his chances were always minimal. He lived in a small village and notwithstanding the fact that the majority voted for him, he never reached the electoral quota. Architect Grixti, who was always elected on the same district, decided to call it a day and therefore, at last, the time came for Borg to have his work in a long political career paying off. When the election date gets near, one of his frontline canvassers, Pawlu Barbara, quits. The reason is because he pretended to get a Government job for his son. Pawlu and his wife Berta offer their services to a new candidate, Guzi Briffa, a medical doctor who is prepared to do everything to reach success, even through the most dirty ways. Moreover, Ronnie, Borg’s legal office colleague makes a lot of promises to the voting constituents and even asks and accepts gifts in return behind Victor Borg’s back. Ronnie had a reputation of a corrupt person and his activity proves lethal to Victor’s political cause. But all this activity had to be done at the expense of spending some precious time with their only daughter Karen. She searches for a father figure in an elderly barman who gets her pregnant. Such a story in a small parochial village means a loss of repute at such a critical stage.