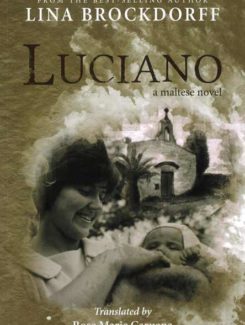 The novel is set in Malta at the turn of the century. The story begins to unfold in 1897 on a farm belonging to two sisters in Wied Babu, a remote valley nestled on the south coast. Here, two households co-exist peacefully together: that of the younger sister Susanna with her husband Dwardu and their baby daughter Bettina, and the other of Mattea, the elder sister, and her husband Peppin, Dwardu’s elder brother, who are still childless after several years of marriage. Destiny intervenes when a baby boy is born in mysterious circumstances in that same locality and Mattea finally has a baby to nurture as her own. But who is this baby Luciano, really and truly?

On the cusp of adulthood, Luciano finally learns about his birth mother, but the identity of his real father remains a complete mystery. He is a young man when the First World War breaks out and brings unforeseen changes to the lives of these two families. But more is to come when the Spanish Flu epidemic, riding in the wake of war, ravages Europe and hundreds die in Malta.

Luciano and Bettina, who had believed they were cousins, find themselves drawn to each other. Bettina becomes a doctor and runs the grave risk of falling prey to the dreaded flu. What will happen to this pair of lovers? Will Luciano ever find out about his real father?

Be the first to review “Luciano” Cancel reply