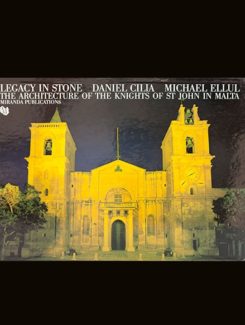 Malta is a veritable treasure-house of architectural interest. The Maltese have, since the beginning, always been incessant builders, but there is a special period in Malta’s history that has particularly left its mark on its architectural wealth. During their first years in Malta, the Knights of St John strengthened the existing meagre fortifications and built new ones in expectation of an attack from the Turks. A year after the Great Siege in 1565, from which the Order with the help of the Maltese emerged victorious, the first stone of Valletta was laid. The Order employed the best architects from Malta and other European countries and for more than two and a half centuries of continuous building and re-building, they succeeded in giving Valletta its unique character. In the early 17th century, the building movement moved out into the country, and here again the Knights vied with one another to build churches, country-houses and magnificent villas with exquisite laid-out gardens. The architectural legacy the Knights left in Malta remains an everlasting monument to the artistic acumen of the noblest chivalric Order of all times. This comprehensive photographic study celebrates the rich honey colour of the soft yet resilient limestone that distinguishes local architecture, and reveals the Baroque splendours of the period. It also documents the finest and best preserved fortifications in Europe.

Text in English with Italian and Maltese translations.

Be the first to review “Legacy In Stone” Cancel reply