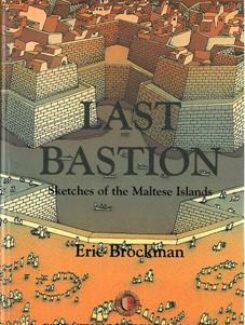 Written in 1961, ’Last Bastions’ describes the eventful history of Malta that is still very much alive in its buildings and its customs. Captain Brockman first came to Malta in 1927 and married a Maltese in the following year. He was frequently stationed in Malta and made his acquaintance with the Islands as with a picturesque and exotic region. His was a lively interest in people and in vanishing customs. Eventually he stayed long enough to know Malta as a second homeland and was himself a Knight of Malta. The book is a publication of Fondazzjoni Patrimonju Malti

Be the first to review “Last Bastion - Sketches of the Maltese Islands.” Cancel reply