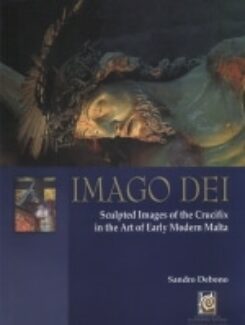 No image is stronger in Christian iconography than the crucifix. Its most popular use throughout early modern Europe originated during the early decades of Christianity. As a revred symbol, it has undergone several devlopments, each reflecting a cultural variation on a singular theme. It is within this historical context that the present study guides us trough diverse levels of perceptions. It is undoubtedly the story of possession, patronage, mystic symbolism, spirituality, but also of community rivalry, artistic concerns with sculpture and colour, as well as many other influences that have through the centuries contributed to the survival of such a cultural patrimony.

Be the first to review “Imago Dei” Cancel reply