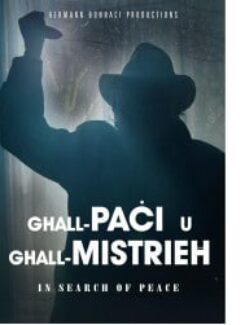 Philip’s mother passes away. Yvonne, his wife, gets heavily depressed after she has been through a breakdown which resulted after a miscarriage. During the funeral, Carol, Philip’s sister turns up after she had eloped with an Austrian. Carol and Yvonne had never seen eye to eye and the former tries to make Yvonne jealous. She is attractive and though Philip is her brother, she tries to seduce him in spite of his wife.

Philip decides to change residence to help Yvonne’s situation in a countryside house. This is done through the advise of his wife’s psychiatrist. The couple tries to start their life anew, since Yvonne’s condition seems better. But, in real truth, did the situation change? Has she really recovered?

In the farmhouse neighborhood, the only resident is a Consul, who becomes the couple’s friend, especially Yvonne’s. What are his real intentions? Why did the couple interest him so much? Is he truly the sincere person he seems to be? And are the psychiatrist’s intentions only to make Yvonne improve her medical and mental state?

Yvonne is caught in the middle of this situation when she is convinced that she has recovered. But was it only imagination or only wishful thinking?

Be the first to review “Ghall-Paci u Ghall Mistrieh.” Cancel reply