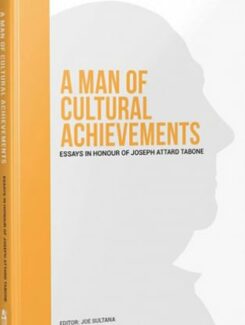 Joseph Attard Tabone FSA, a historian from Xagħra, is known for discovering a number of Archaeological sites, including the rediscovery of the iconic Brocktorff Circle. He was always at the forefront of safeguarding heritage sites. In 1961 he founded the Xagħra Cultural Centre, and in 1962 he co-founded the Malta Ornithological Society, now BirdLife Malta. The essays in this publication treat a diversity of interesting historical and environmental topics, and were specifically written in honour of his 80th birthday. In his essay Judge Emeritus Giovanni Bonello rightly asserts that “the name of Joseph Attard Tabone links naturally with several cultural achievements.