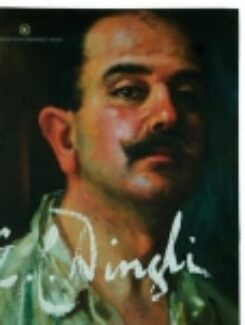 is the twentieth century painter many Maltese are likeliest to know by name and by fame, and some of his works have long attained iconic status. So highly regarded was he in his own lifetime that in the 1920s he was utilized by the officials responsible for the marketing of the fledgling tourist industry, and in fact the colourful images of Malta and of Maltese people he produced created what contemporary managers would call “branding” for Malta.

Caruana Dingli was essentially middle-class and in his career he always played up to the desires, conscious and subconscious, of his class. On the other hand, although his fame depended to a large extent on his ability as a portrait painter, a genre unlikely to appeal much to working class and village people, these groups were impressed by the glamorous pictures he created of supposedly village people and rural Malta.

Natalino Fenech’s essay examines the difference between Caruana Dingli’s images of Malta and especially of rural Maltese men and women, and what many visitors to these islands perceived and recorded in their published accounts of their voyages. His final comment is that thanks to him “we can still enjoy point in time snapshots, even though these snapshots often denude the subject of the plethora of complex linkages that were interlinked with the same scene.”