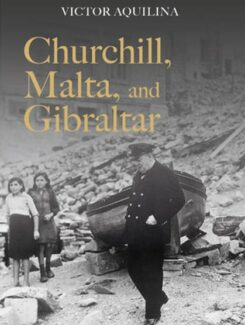 In one of the most decisive moments of World War II, two specks of British possessions in the Mediterranean, Malta and Gibraltar, were catapulted to the centre stage of high war politics as the war cabinet in London agonized over a French government proposal to offer territorial concessions to Mussolini in a bid to keep Italy out of the war. In no time, this turned into a political tussle over whether or not Britain should sue for peace through Italian mediation.

As the protagonists fought a battle of wits over three days of intensive talks in May 1940, the fate of the two imperial fortresses lay in the hands of one man: Winston Churchill. But Churchill had no intention of going down what he called a ‘slippery slope’, arguing the nations that went down fighting rose again but those that surrendered tamely were finished. But how did the story evolve? What would have been the reaction of the people of Malta and Gibraltar had they been made aware of it in time? Before stepping into Churchill’s war cabinet to see how the talks unfolded, the book first explores at some length the ups and downs in the two peoples’ expectations and aspirations as well as their disappointments along their social and constitutional journey before and after the war.

Be the first to review “Churchill Malta And Gibraltar” Cancel reply