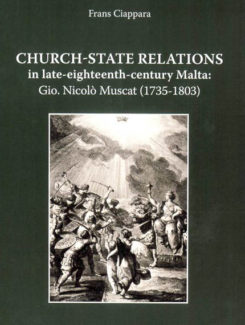 ‘This visionary, passionate in his hatreds, who with his savage comments and rigid character rarely blended prudence with courage, and whose mind was so sorely swept by the winds of controversy, would be proved right in embracing the cause of the separation between Church and State and distinguishing canon from civil law. His ideas gained ascendancy after his death; they were destined to survive him and become visions in the soul of future generations. The credit they deserved was long overdue. The Erasmian seeds of his ideas which he expressed during the struggle were sown in the hearts of his compatriots. They fell neither ‘beside the path, so that all the birds came and ate them up’, nor on rocky land and among briers but ‘where the soil was good, and these yielded a harvest’. The idea of an omnipotent Church had been challenged, and, once challenged it could never recover the unconscious security of the past. The Church’s stand was without promise.’

From the author’s conclusion