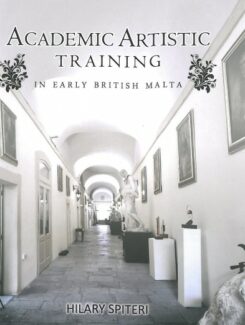 Art and architecture were low priorities to the early British Administration with its single-minded concentration on exploiting the island and its harbours for colonial interests. In spite of this, the first British Civil Commissioner, Sir Alexander John Ball, meritoriously undertook the re-founding of the University of Studies and appointed as its rector, presumably in acknowledgement of services rendered during the French blockade, Mgr Francesco Saverio Caruana. Caruana thrived on political opportunism but, to his credit, he was a patron of the arts. His admirers and flatterers applauded him as a Maecenas. His great achievement was to set up, at the refounded University, a School of Design to bring architecture and the fine arts in line with current European artistic preoccupations. This was a big step forward in artistic education and, with the available limited resources every effort was made, to give the school academic credibility.

Be the first to review “Academic Artistic Training” Cancel reply