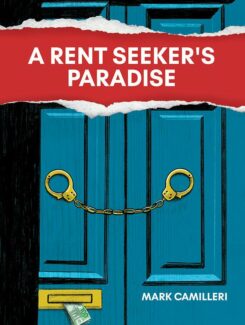 This is the story of how disgraced prime minister Joseph Muscat, his chief of staff Keith Schembri, and former energy minister Konrad Mizzi, abetted and covered for Darren Debono, a Maltese oil smuggler indicted by the United States government. Through Darren Debono, the Maltese government refuelled a foreign warship in foreign waters while officially refusing to allow it to refuel on Maltese territory. The Minister of Police, Emmanuel Mallia also participated in the abetting and covering up of the money laundering in the illegal oil smuggling business. Camilleri argues that Joseph Muscat’s proximity to criminals was by design and not by accident and explains why and how. Joseph Muscat earned the title of Person of the Year in Organized Crime and Corruption by the OCCRP in 2019. Although he cannot prove it, Camilleri is completely convinced that Joseph Muscat, apart from being involved in corruption himself, was also aware in advance of the plan to murder Daphne Caruana Galizia. I give detailed explanations in my book.

This is also the story of what happened in the government and the Labour Party during the November/December 2019 political crisis and after the Panama Papers scandal in 2016. The book explains how the bureaucracy and the civil service were essential to executing the corruption of Joseph Muscat’s government.

Last but not least, Camilleri gives credit to Daphne Caruana Galizia who was right on many things, but mainly on the corruption behind the Electrogas deal and the new power station which eventually lead to her murder. Daphne was also right on the Minister of Economy, Chris Cardona who visited a brothel when abroad on a ministerial conference and Camilleri covers all this because Chris Cardona terrorised Daphne financially by issuing garnishee orders against her. In addition, Camilleri also shames another Minister who had a similar life passage to Cardona and also participated in the cover up of the Panama Papers scandal.

Be the first to review “A Rent Seeker's Paradise” Cancel reply