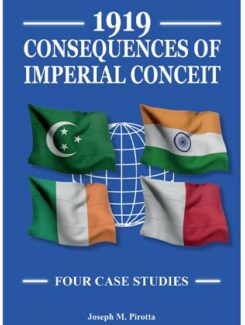 In this book, Professor Pirotta examines the history of Ireland, India, Egypt and Malta under British rule. He traces the development of imperial policy and the growth of nationalism in the four countries up to the end of the First World War, and the consequential outcome for each of these countries and for the British Empire. In the process an evaluation of the causes and results of the Easter Rising and the Irish-British conflict, of Amritsar in India, the 1919 Egyptian Revolution, and Sette Giugno in Malta are evaluated.