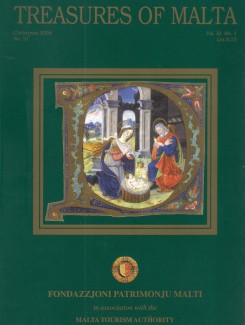 Lord Byron’s Confinement in the Lazzaretto

Bronze from China: Exhibition in Valletta

Monuments at the Upper Barracca

A Portrait by Massimo Gauci – A Case of Mistaken Identity

The Gozo Citadel during the Great Siege

The Auberge d’Italie in Vittoriosa

Dane Munro is specialising in Neo-Latin and Baroque culture and has dedicated studies on St John’s and its treasures.

Works by Willie Apap at the Museum of Fine Arts

The Statue of Hercules in the Museum of Archaeology

Silver Coins from the Central Bank

Works of Art in Philately